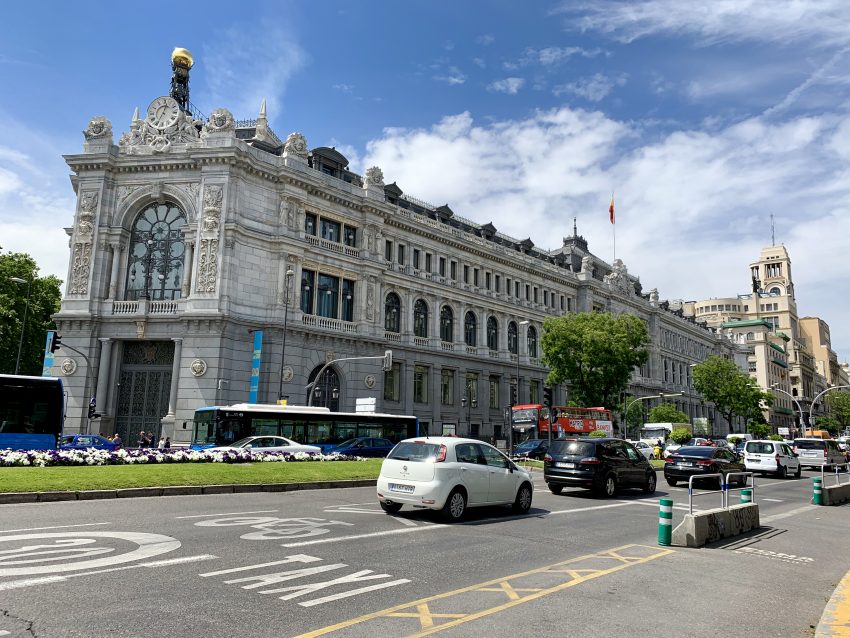 By our last full day in Madrid we had already covered a lot of ground so we chose to sleep in a bit. Well worth it. 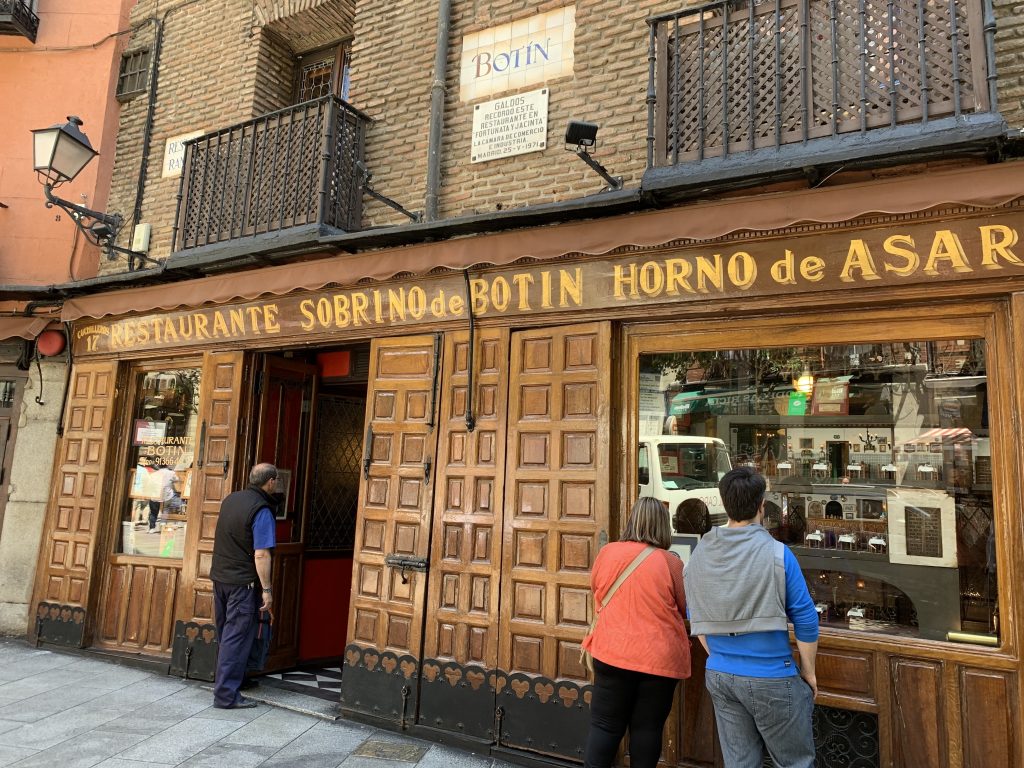 When we finally started the day, we made our way to Restaurante Botín for lunch. Founded in 1725, it is the oldest restaurant in the world in continuous operation. A Spanish fixture since then, it is famous for its roast suckling pig mentioned in Ernest Hemingway’s novel The Sun Also Rises. It was so delicious. Highly recommend eating there if you’re ever in Madrid. 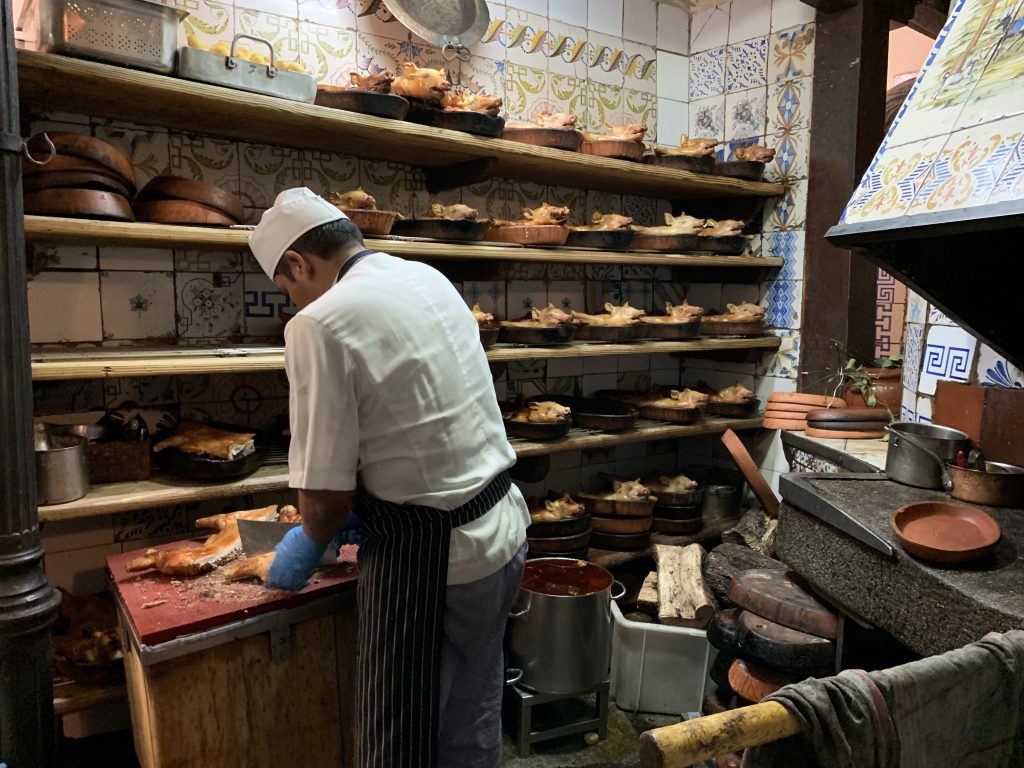 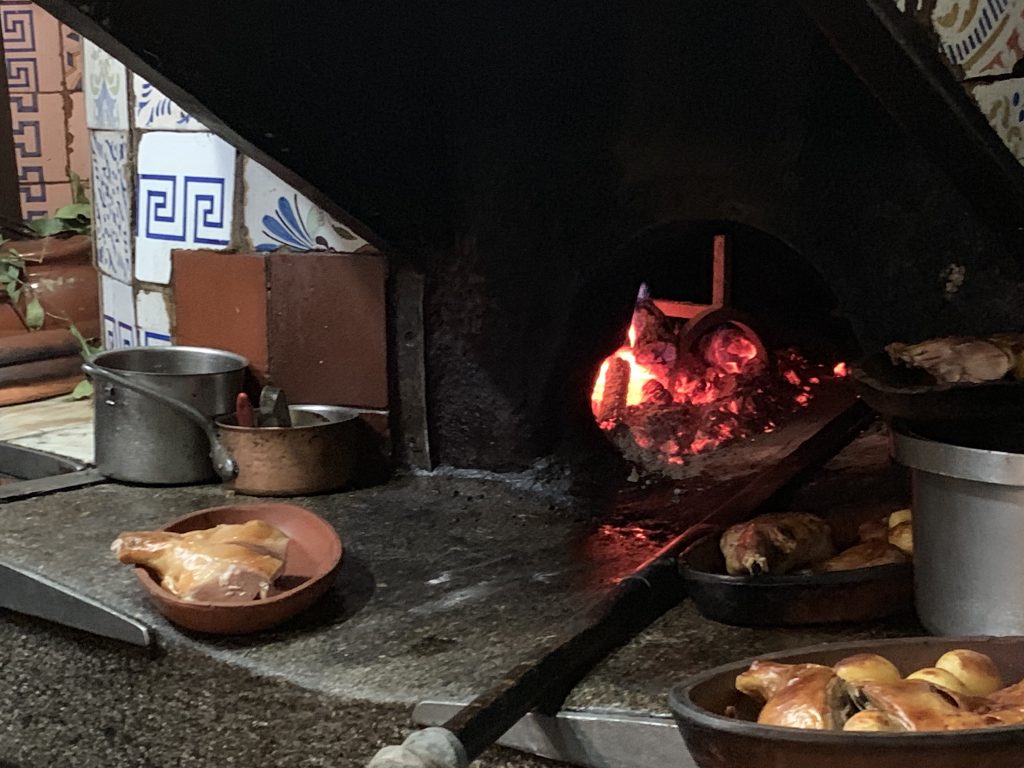 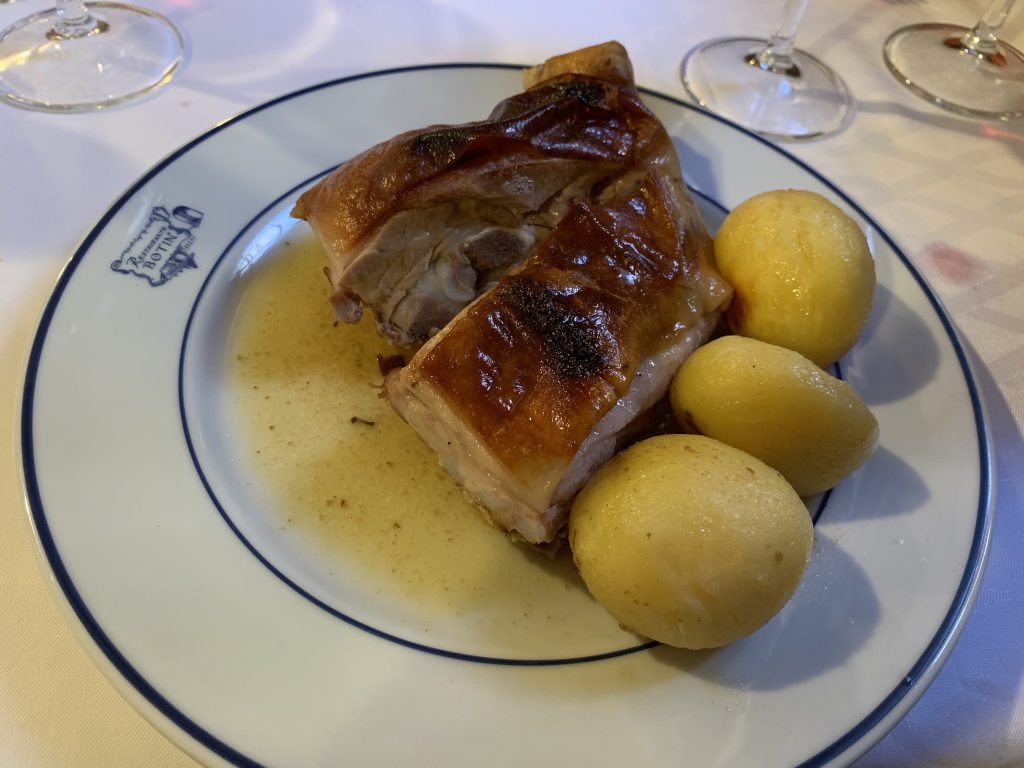 You can tell the restaurant is old. So much neat history both inside and out.

We followed up lunch with some churros from Chocolateria 1902 and beers at La Tape: 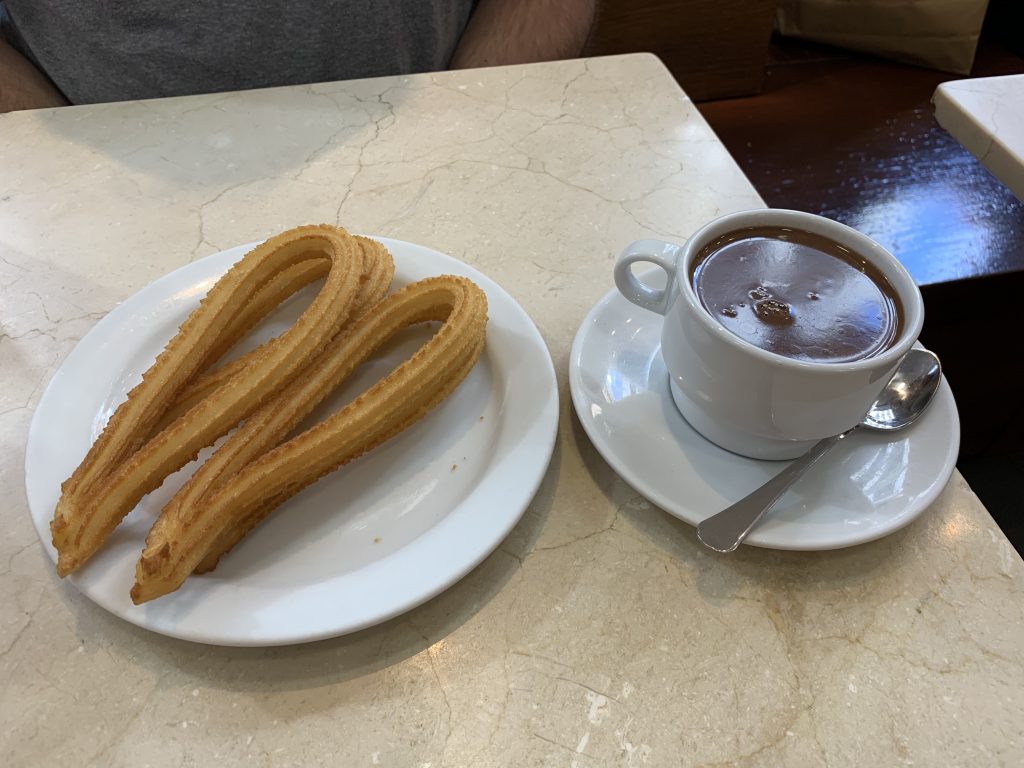 Following another siesta, we got dinner at Casa Gonzalez, also a suggestion by James Blick…where we actually saw his wife, Yoly, giving a tour to some folks. (We did the fake taking a picture of Nik to get a picture of Yoly.)

Casa Gonzalez is a store that sells meats, cheeses and wines but also has tables available for dining in. It was super cute and we’re glad that we stopped in. 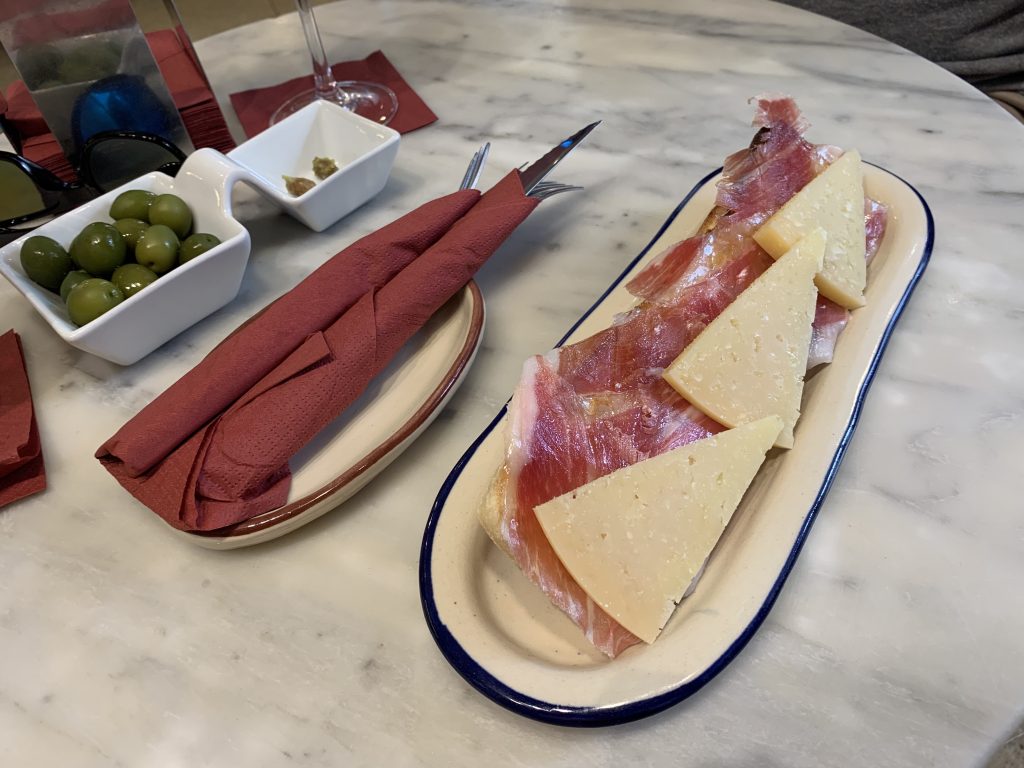 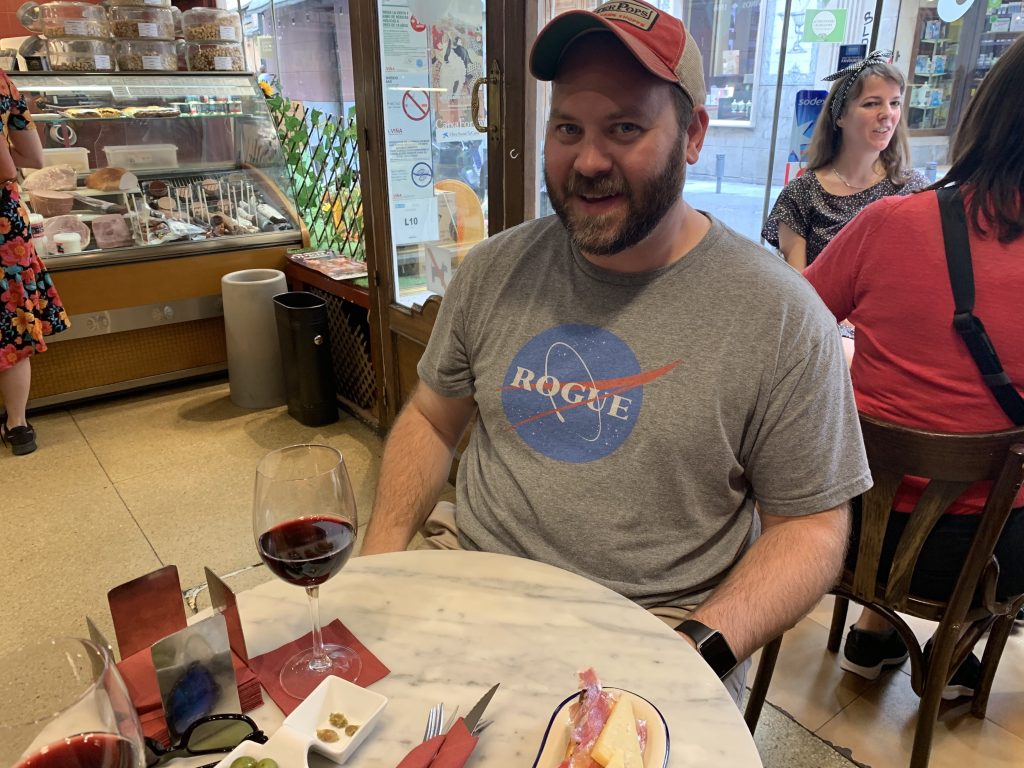 Our final stop was in the Plaza de Santa Ana at the aptly named La Cervecería Santa Ana.