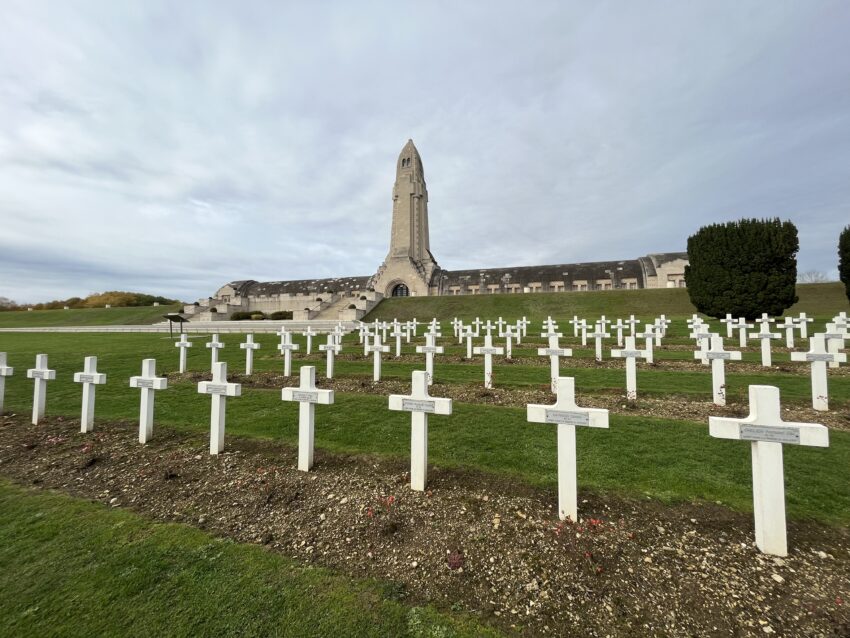 While staying in Reims we took a 90 minute drive to see some of the memorials to the Battle of Verdun.  The Battle off Verdun was the longest and deadliest of the First World War, lasting 302 days and with estimates of nearly 715,000 casualties (377,000 French, 337,000 German).  The German strategy was to bleed the French Army of men knowing they’d defend the historic city whatever the cost.  The French Army was able to organize a vital supply line and instituted a troop rotation system that the Germans could not compete with.  Nearly every soldier in the French Army rotated through serving on the front line at Verdun and in reserve.  This kept the troops at optimum fighting capacity.

In the end, the Battle of Verdun came to represent the determination of the French Army.

We started at the city of Verdun itself where the medieval gate still stands as well as the Monument de la Victoire which sits in the center of town.

The monument was built in 1929 and holds a tomb to an unknown solider from the battle.  Every year as part of the Armistice Day ceremonies a torch is lit from the Eternal Flame in Paris at the Arch de Triumph and is brought to Verdun.

The Destroyed Village of Fleury-devant-Douaumont

There were several small villages outside the city of Verdun before the battle began in 1916.  These villages would become the frontline for the Battle of Verdun and see intense fighting and bombardment.  The village of Fleury Devant Douaumont changed hands between the French and Germans 16 times during the battle.  The village was completely destroyed and considered uninhabitable as it was was polluted with corpses, ammunition, explosives and poisonous gas.  The site has been left as it was post-war with the exception of a memorial chapel and is officially designated as a “village that died for France.” 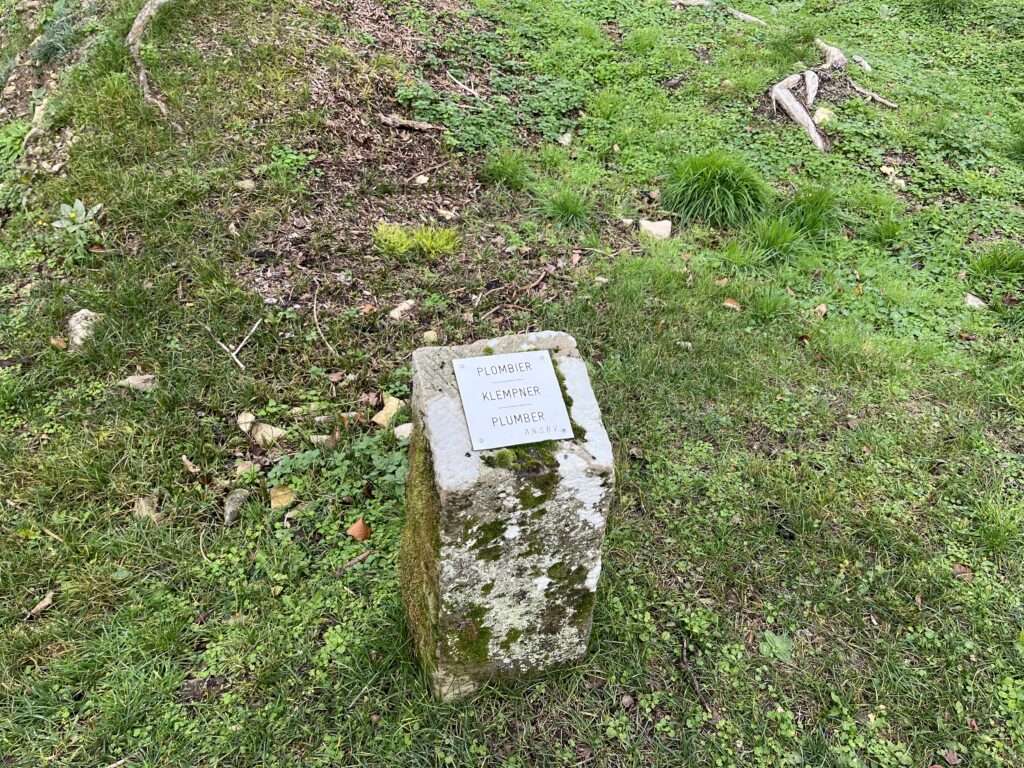 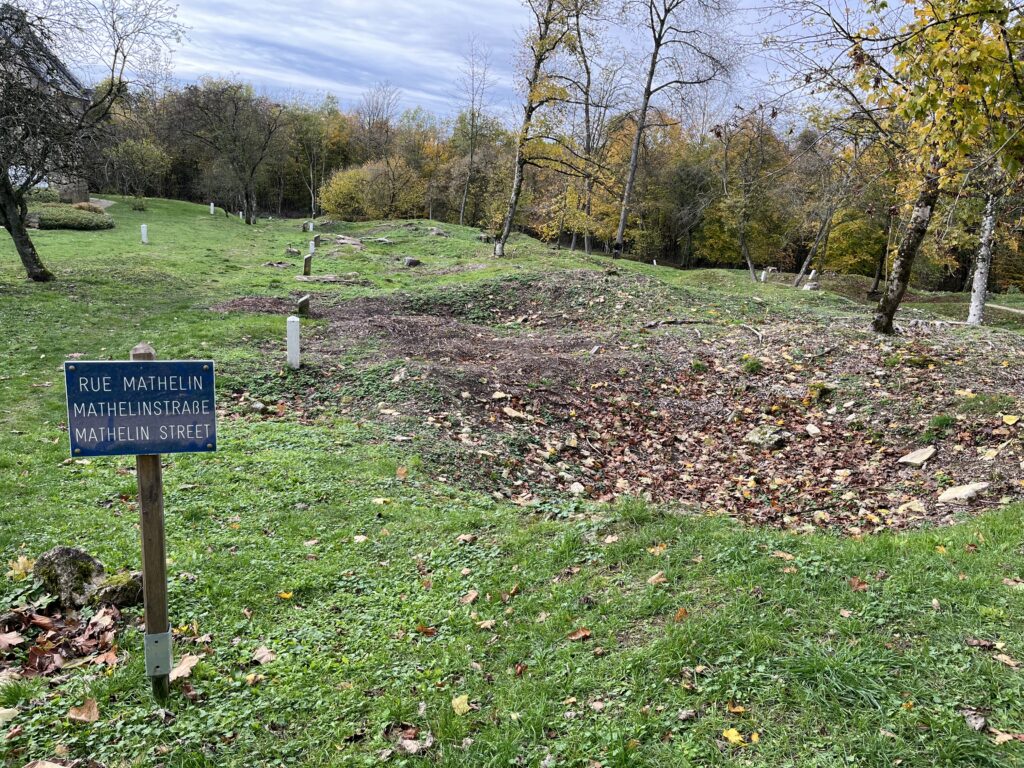 The street grid is identified by signs and each house or business is noted by a marker giving you a perspective of the town that once stood there.  Additionally, the grounds have remained uneven as a result of the bombing.

The Douaumont Ossuary is the primary Verdun memorial which contains the skeletal remains of more than 130,000 soldiers (both French and German) who died on the Verdun battlefield.  In front of the Ossuary is the largest single French military cemetery of the First World War with 16,142 graves.  The Memorial was inaugurated in 1923 by Verdun veteran André Maginot.

In 1938 an additional monument was added to the memorial honoring the Jewish soldiers who died for France.  This included 6,500 French Jews and 2,000 Americans and British Jews of the Foreign Legion who fell in the war.  While many Jewish memorials were destroyed during the German Occupation in the Second World War this monument remains.

It’s hard to fathom the scale of the destruction in Western France during the First World War. Throughout the region there are cemeteries along the side of country roads. Many of the towns experienced heavy bombardment and most have memorials listing the names of soldiers that were killed. In some areas along the roads, you can still see remnants of anti-tank obstacles.

If find yourself in Northern France, definitely take a ride to explore cities like Reims and Verdun. It really is quite powerful and moving.