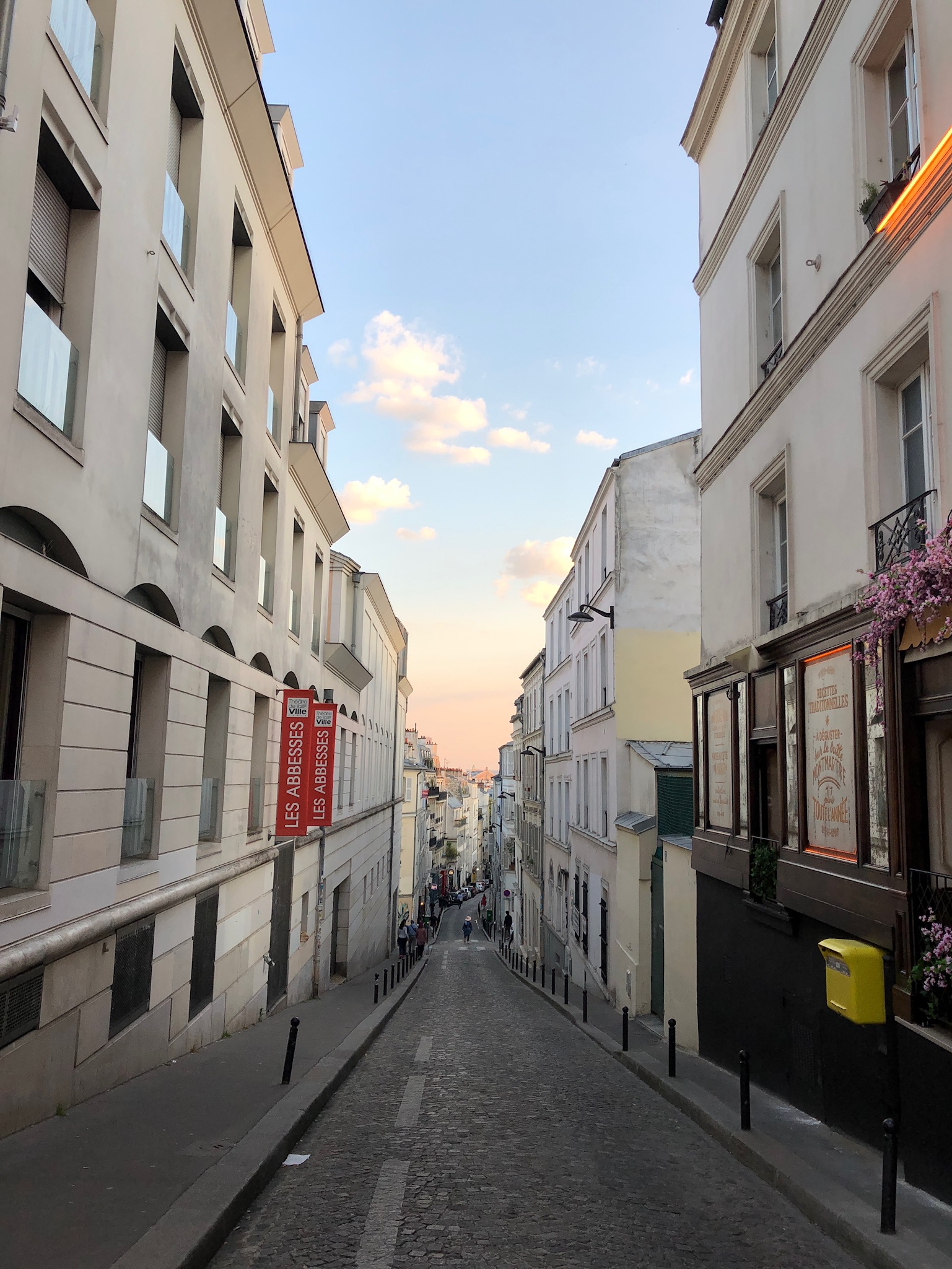 Read part 1 about our morning at Versailles here.

After visiting Versailles in the morning we started the second half of our day after a quick break at the hotel: A French Revolution Walking Tour! The map above traces our path on the tour.

The tour started in the vicinity of the Les Invalides Metro stop, near a huge complex of buildings that includes the Musée de l’Armée (Army Museum) and the tomb of Napoleon. (We didn’t go to the museum on this leg of the trip but are planning to when we return to Paris for an afternoon/night before catching our flight home.) 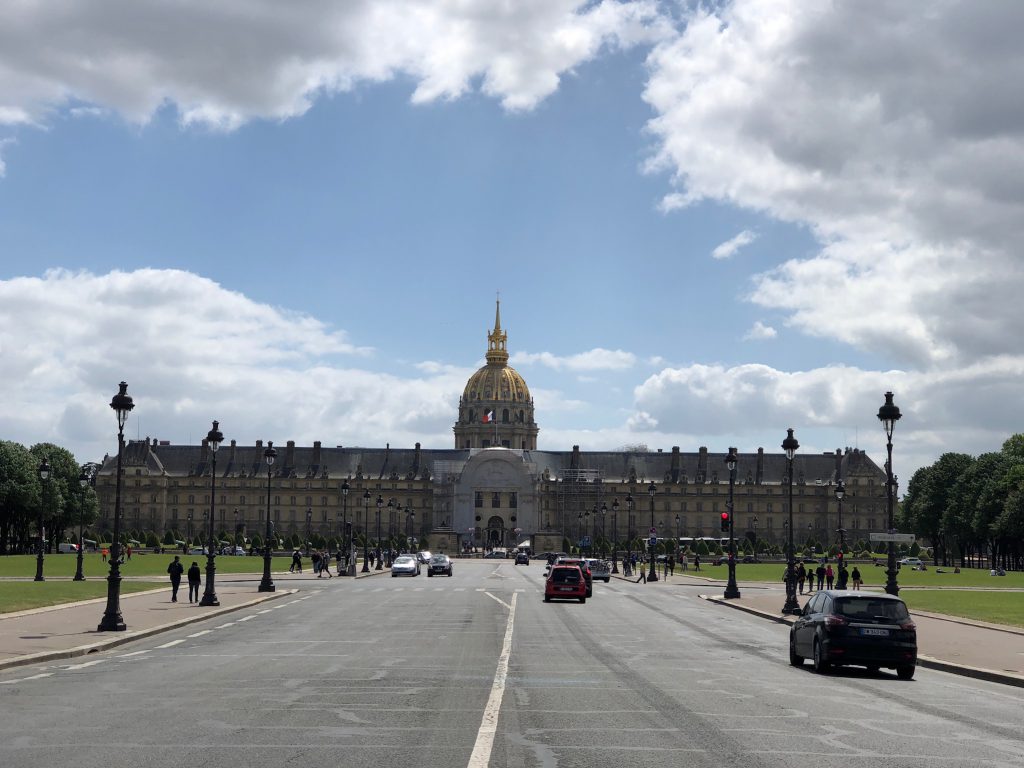 Anyway, our tour guide from Fat Tire Tours was named Nick and the tour lasted about two hours. There were five of us total on the tour and, sure, you never know who will be on the tour, but we easily could’ve cut out some of the “standing and looking” and done the tour in 90 minutes. 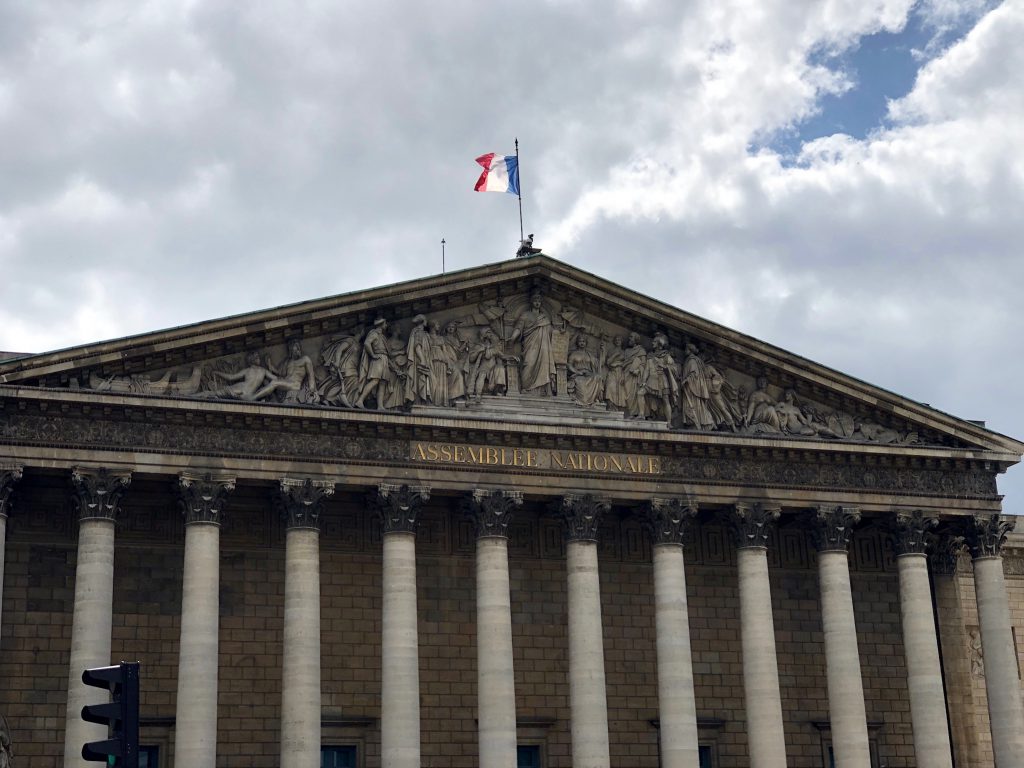 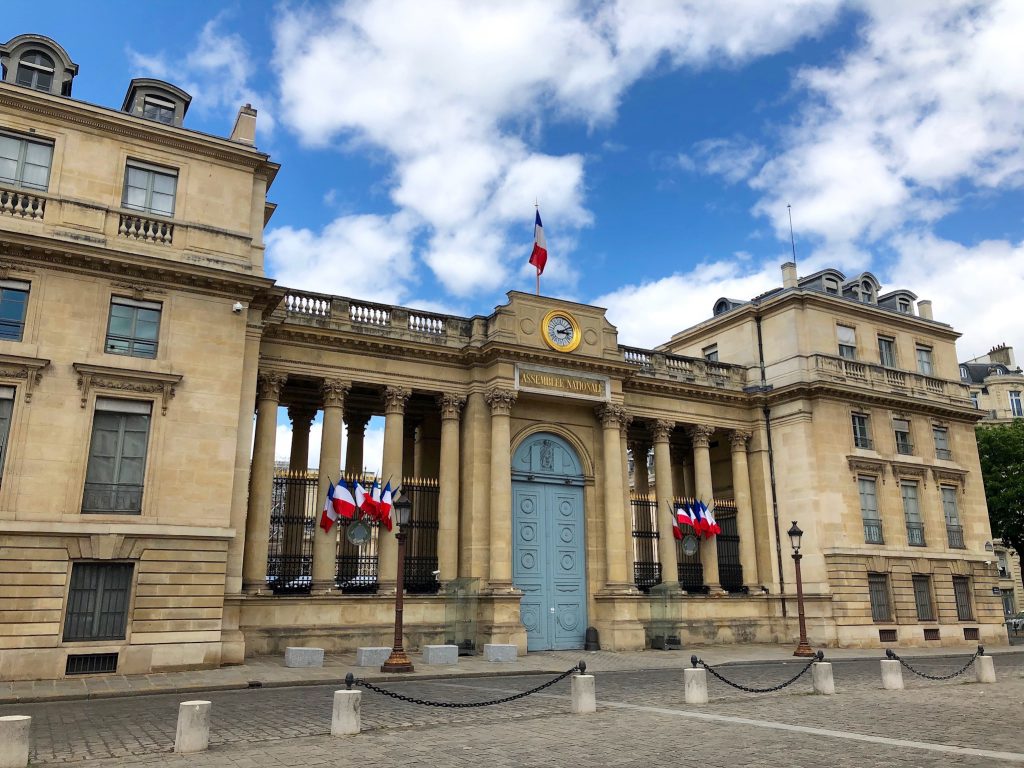 We did learn a few interesting things (King Louis XV was known as “Fun King” — spoofing off of King Louis XIV being known as the Sun King.) I would’ve liked to have walked through the Place de la Concorde instead of viewing it from the edge of the park. The area is decorated with various statues and fountains and is notable as the site of a guillotine used in the beheadings of King Louis XVI and Marie Antoinette. 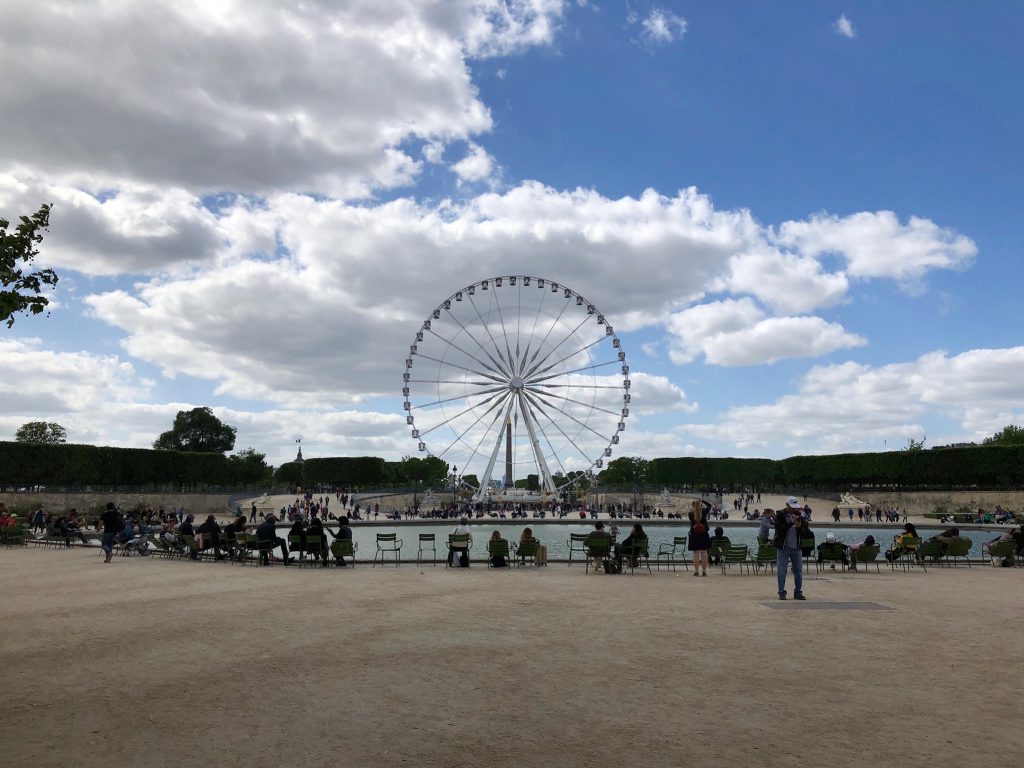 Following the walking tour, we made our way over to Sainte-Chapelle. Various friends of ours have raved how beautiful it is and that it’s easier to get into than Notre Dame. The architecture fan in me loved the exterior. 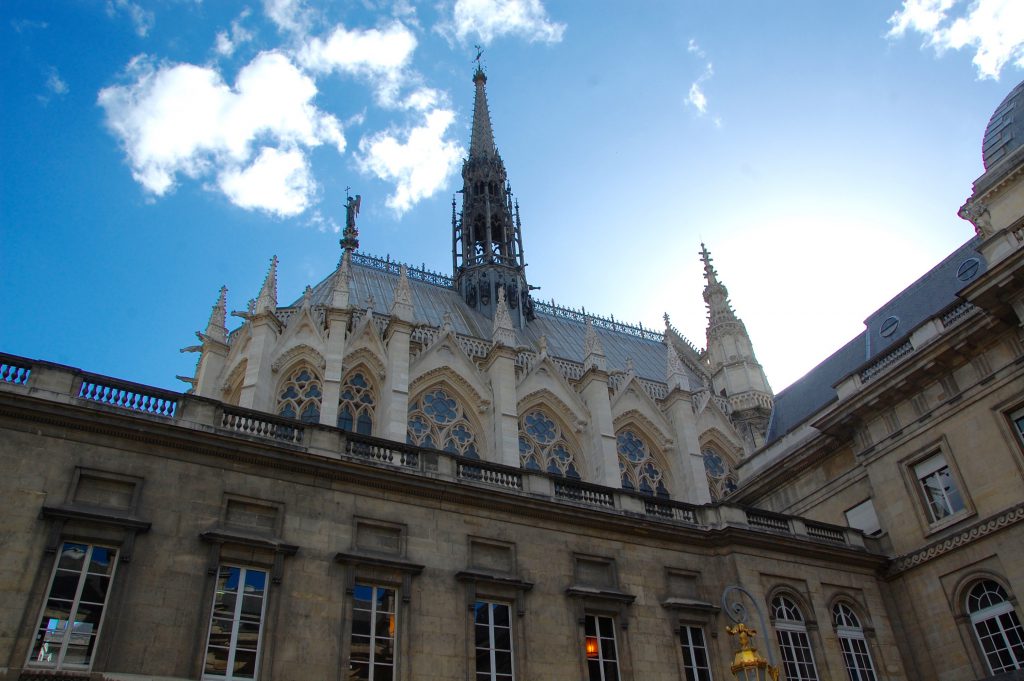 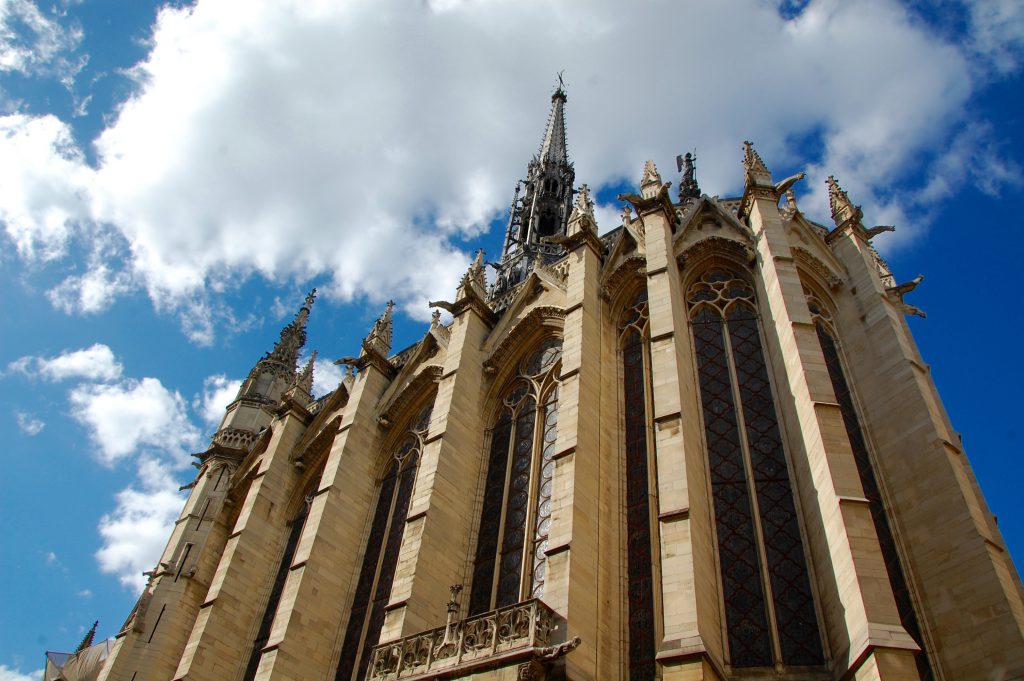 It was an easy walk to get there and a quick security line to go through before buying tickets. The ticket line was a little ridiculously long to see a church, so Nik used his phone to buy tickets online and then we basically jumped ahead to the line for those who purchased tickets. Game-changer for sure.

It is a beautiful space, I was expecting it to be bigger and to be able to see more of the church, having just seen the Sacré-Cœur. I guess the difference is that the latter is still actively in use. 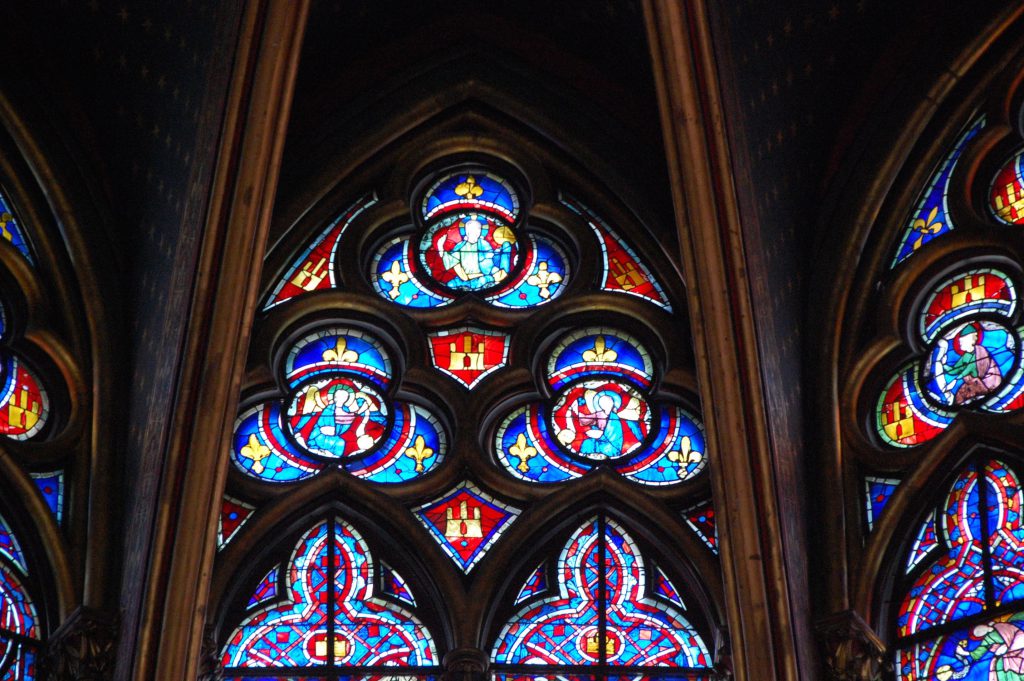 From there we walked to the The BRKLYN, neither of us remember how we found out about this place, but it was pretty comfortable. Small space and a friendly staff that was choosing to speak in English to almost everyone that came in. We had a few drinks and then headed to Poulette for dinner. 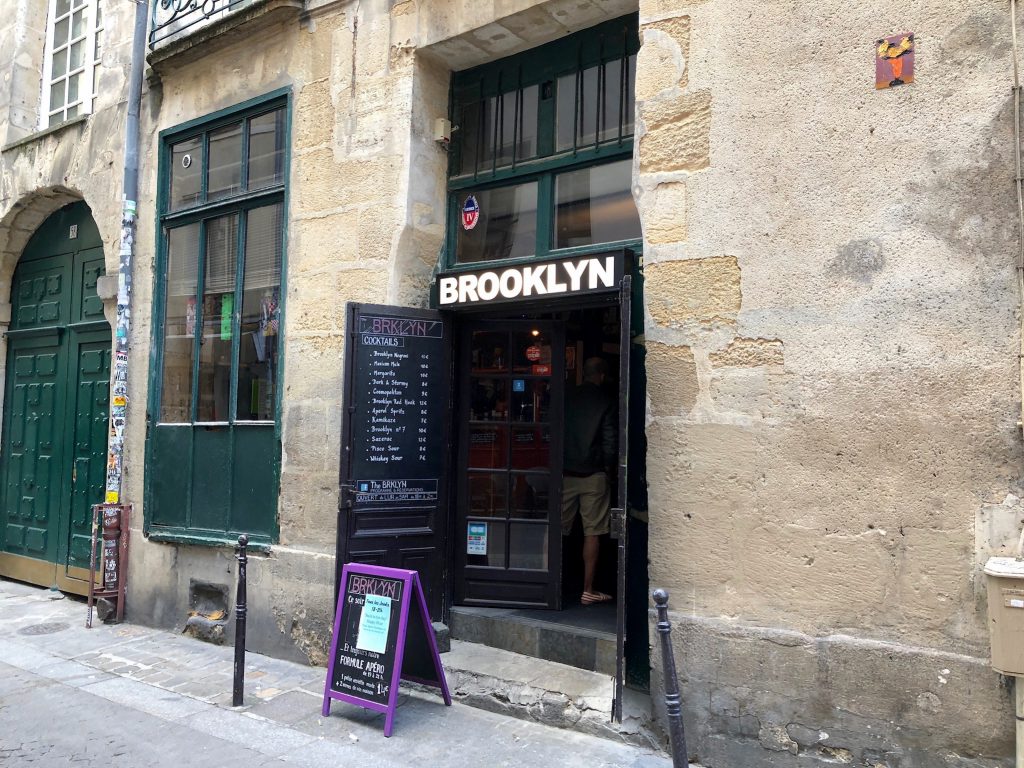 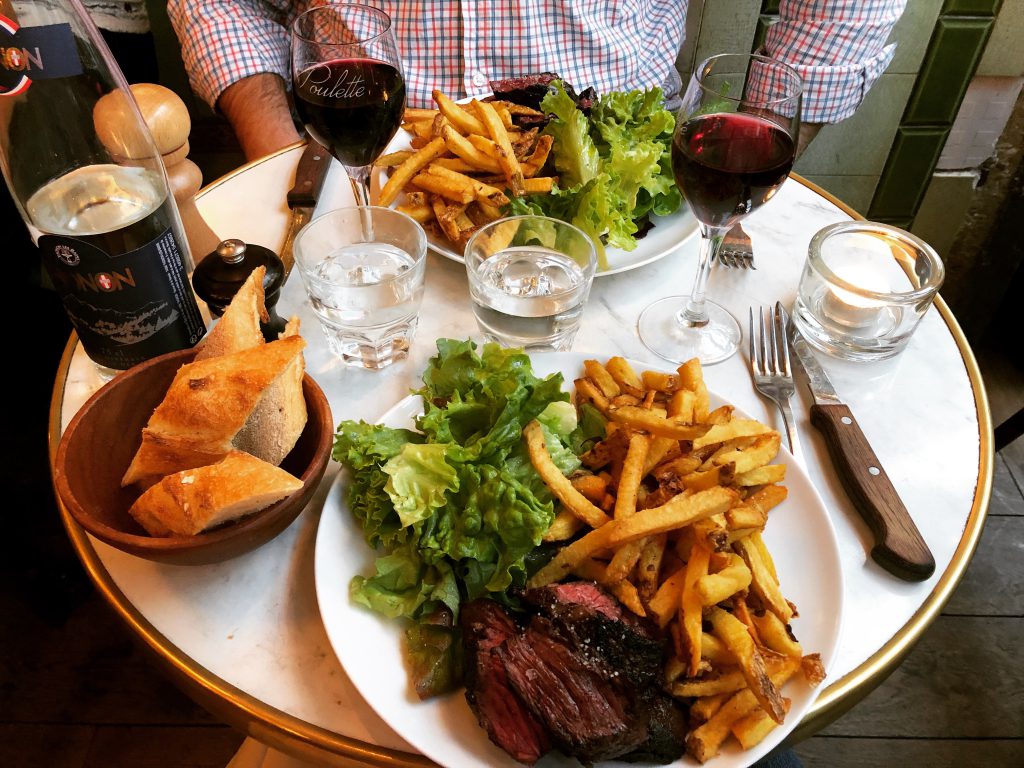 After dinner we went back to The BRKLYN bar for a few more drinks and then hit up a random spot for crepes before calling it a night.

1 thought on “Third Day in Paris”